Fluoride In Your Drinking Water – Is It Dangerous?

Fighting over Fluoride in Drinking Water

The presence of fluoride in water drunk by humans is the subject of a long-standing battle. Many claim that fluoride in drinking water is for the people’s good. Others believe that any addition to clean water is unnecessary and possibly harmful. 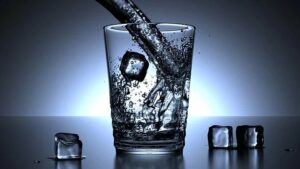 There may be no right or wrong answer, but the battle continues. Perhaps we should allow fluoride in consumable water only if it is municipal, not bottled?

Pros and Cons of Fluoride in Drinking Water

Many want fluoride in their water. They believe fluoride is essential in dental care, and reason that having fluoride in Drinking Water may negate much dental harm people cause themselves through neglect. Simply put, we will cut dental costs. Fluoride will strengthen teeth throughout the population.

Everyone will have better teeth.

Those who argue against the chemical believe it is more dangerous than helpful. They cite scientific studies showing that large amounts of fluoride in the human system are dangerous. The studies indicate, they say, that areas putting fluoride in drinking water also have a high level of chemicals and toxins. More importantly, they argue that adding fluoride to the water supply increases the risk of arsenic in the water.

Since both sides base their arguments on scientific studies, it is difficult to make a choice. Indeed, some governments believe people lack the wisdom to make a choice. The governing body simply decides it will put fluoride in the drinking water and people will have to live with it.

Other areas have allowed voting on the question, while still others are still debating the benefits and dangers of fluoride.

While the facts do seem to be contradictory, a great segment of those arguing the question believe the use of fluoride should be an individual decision. They point out that a government should not be given the right to add chemicals to the water supply.

If they can add fluoride, they may add other things.

It is hard to discount the benefits, to some people, of the chemical, but if you choose not to have it in yours, you may want to invest in a filter or well.

If you prefer your not having fluoride in your drinking water, check out our water treatment systems or our well drilling service.